What a Carve Up!

What a Carve Up!

After The Dwarves of Death I knew that it was time to write a more ambitious novel. I jotted down some ideas for a novel about a travelling salesman driving the length and breadth of Britain’s motorway network – the story that would eventually become The Terrible Privacy of Maxwell Sim – but this project didn’t take flight at the time. Instead, after more than a decade of Thatcherism in the UK, I thought it was a good moment to write a book about some of the changes it had imposed upon the country. By chance, the BBC had recently screened (for the first time in about twenty years) an old comedy film which I remembered seeing when I was a child. Its title was What a Carve Up, and after watching it again after more than two decades, the first thing I knew about my new novel was that I wanted to use this title.

I decided that I could borrow more from this film than just the title, though. It belongs to a sub-genre of movie which I particularly enjoyed when I was a young boy: comedy/horror films, centred around a creepy old house, where relatives are gathered for the reading of a will, there is a terrific thunderstorm outside, and a series of mysterious killings starts to take place. (Bob Hope, to name but one, used to specialise in this kind of film in the 1940s.) It occurred to me that I could take one such family and use them as a kind of metaphor for the British ruling establishment, whether they were involved in politics, finance, food production, culture or any other area of national life.

Despite having such a strong focus on British politics, What a Carve Up! was the first of my novels to reach an international audience. That title to which I was so attached proved to be a real headache for my overseas publishers, all the same. Almost nobody managed to come up with an exact version of the phrase, although I’m told that the Swedish attempt, Huggsexa, comes pretty close. My German publishers chose to call the book Allein mit Shirley, emphasising my hero’s erotic obsession with the actress Shirley Eaton. In fact the title even had to be ‘translated’ for American readers as well, and in the US the novel was renamed The Winshaw Legacy.

When What a Carve Up! was first published in 1994, Penguin had the idea of printing a special set of playing cards, based on the famous old English game Happy Families, but with cartoons of the Winshaw family instead of the familiar characters. 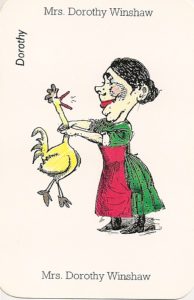 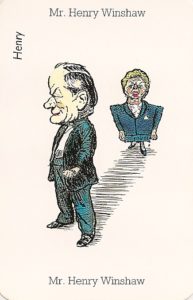 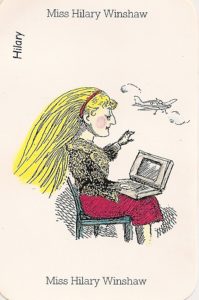 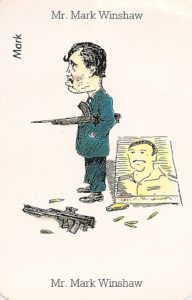 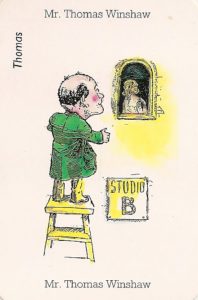 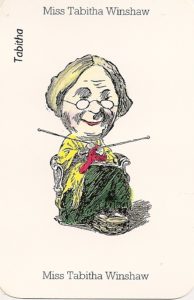 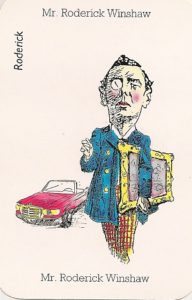 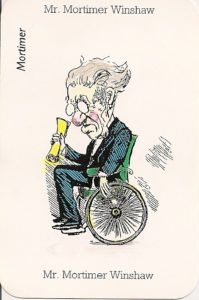 Buy What a Carve Up!

Buy What a Carve Up! as an audiobook